Beijing, P.R. China (September 19, 2016) Beijing East IP, the top Chinese IP firm based in Beijing, has opened a new office in Silicon Valley to better serve its growing client needs from both its Chinese and U.S. offices.  In carrying out this objective, the firm has enlisted the help of Dr. Liaoteng Wang, a scientist-turned patent attorney who has been well versed and connected in both the United States and China.

“We are delighted to welcome Dr. Liaoteng Wang to our firm and entrust him with the responsibility to establish and grow a new office in Silicon Valley,” said Dr. Lulin Gao, founder and Chairman at Beijing East I 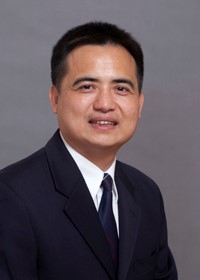 P, a 2016 inductee into the IP Hall of Fame, and China’s longest standing patent commissioner and SIPO’s founding commissioner.  “With his deep roots in both Silicon Valley and China, solid scientific training and extensive technology exposures, IP prosecution and litigation experiences, and entrepreneurial enthusiasm, Dr. Wang is uniquely qualified to serve our firm’s clients in both the U.S. and China.”Prior to joining Beijing East IP as the Managing Partner in its Silicon Valley office, Dr. Wang practiced law in Silicon Valley for ten years as an in-house general counsel at an Intel-backed software startup and a top global technology company (2010-2016), and as an associate attorney with WSGR and Dewey & LeBoeuf (2006-2010), working with Ms. Barbara Caulfield, a kind mentor greatly missed by Dr. Wang.  Before moving to Silicon Valley from Madison, Wisconsin, Dr. Wang interned for Judge Randall R. Rader at the Court of Appeals for the Federal Circuit in Washington, D.C. (2006), and gained patent prosecution experience in Minneapolis with Fish & Richardson (2005).  Before embarking on a career in law, Dr. Wang was an avid scientist conducting scientific research under the supervision of his Ph.D. adviser Dr. Judith Kimble (former President of the Genetics Society of America and Society for Developmental Biology) and Dr. Marvin Wickens (former President of the RNA Society) at the University of Wisconsin at Madison (1998-2004), where he also obtained his JD degree in 2005, and published in the world-renowned journal Nature his serendipitous but important discovery of a family of enzymes essential for germline and embronic development, the function of brain, and the translational control of gene expression.  As an undergraduate researcher, Dr. Wang studied molecular enzymology under the guidance of Dr. Hai-Meng Zhou in Beijing’s Tsinghua University (1995-1997).

“We look forward to working with Dr. Wang to continuing to provide premier IP procurement, enforcement, litigation and counseling services in China to our U.S.-based clients,” said Dr. Xiaodong Li, President and General Manager at Beijing East IP, and also a Tsinghua University alumnus.  “We have provided expert IP services from Beijing to our U.S.-based clients for well over a decade.  Dr. Wang’s participation from the U.S. will enable us to provide better client services, the ultimate goal of Beijing East IP,” added Dr. Li.  “As China becomes increasingly industrialized, the IP protections in China have been experiencing exponential growths as well, overtaking the United States in 2011 for the number of patent applications filed, and more and more IP infringement cases are being filed by both domestic and foreign companies to protect their IP rights in China (e.g., Baili’s patent lawsuit against Apple and Samsung’s patent lawsuit against Huawei, both filed in Beijing).  Beijing East IP has been a go-to firm for such IP protections in China.”

“I am thrilled to have this opportunity to join efforts with my friends and alumni at Beijing East IP,” Dr. Wang stated.  “With 1.5 billion people, China has become and will remain an important market for global technology and life sciences companies.  A lot of innovations are also coming out of China.  By having offices in both Beijing and Silicon Valley and working closely with our partners in China and the U.S., we are well-positioned to provide IP protections in China for our U.S.-based clients and IP protections in the U.S. for our China-based clients.  The best is yet to come.”

Founded in 2002 by Dr. Lulin Gao, China’s longest standing patent commissioner and SIPO’s founding commissioner, with over 180 highly-trained professionals dedicated to IP, Beijing East IP (http://www.beijingeastip.com/) has helped a full spectrum of clients – from startups to Fortune 500 corporations to domestic multinational companies – on their intellectual property needs in China and globally for well over a decade.