en 中文 日本語
Home / About Us / The Firm / Management / Founder 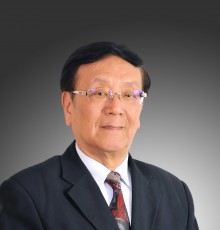 Dr. Gao is the founder of Beijing East IP Ltd., and one of the founders of the modern China intellectual property legal system. He earned his Ph.D. from the Institute of Geological Prospecting in Moscow. He worked the State Planning Commission for years. From 1987 to 1998, Dr. Gao worked as Commissioner of the Chinese Patent Office. In 1998, he was responsible for the establishment of the State Intellectual Property Office (SIPO) and served as its first commissioner. From 1998 to 2000, he was appointed a senior advisor to the World Intellectual Property Organization (WIPO) in Geneva. He currently serves as the Honorary President of the All-China Patent Agents Association, the Advisor of the International Intellectual Property Institute (IIPI), the Vice Chairman of the China Internet Society, the Senior Counsel of the China Internet Network Information Center (CNNIC), an arbitrator with the Asian Domain Name Dispute Resolution Center (CIETAC) and the Domain Name Dispute of the China International Economic and Trade Arbitration Commission (ADNDRC).

Dr. Gao has headed numerous delegations for the Chinese government at many international forums and diplomatic conferences on intellectual property. He has also held the Chair of the Paris Union Assembly and the WIPO General Assembly. In 1995, he was given the Grand Star Cross by the German government for his remarkable contributions to the field of IP protection and international cooperation and in that same year, the European Patent Office awarded him the international Cooperation Medal for his contributions to the field. He frequently gives lectures on intellectual property at the Peking University's Law School and has published numerous works on patent prosecution and litigation, licensing, IPR protection, TRIPS Agreement and domain names. His publications include "How Do Foreigners Seek Patent Protection for Their Technology" in China Law; "Patent System and Market Economy" published in Reform and Its Theory, Tentative Ideas for Further Improvement of the Chinese Patent System (Chinese and English); "China and the TRIPS Agreement" (Chinese and English) which was presented at the APEC industrial Property Symposium of The Development of Industrial Property Systems Towards the 21st Century in August 1996 in Tokyo, Japan; and "China's Accession to the WTO and Protection of Intellectual Property" (Chinese and English), published in China Patents and Trademarks.

Dr. Gao is not only an intellectual property expert, but also has strong technology backgrounds. His first degree, a Bachelors of Science, was in prospecting technology and he earned a Ph.D. in the area from one of the top schools in the former Soviet Union. For many years, he worked in research institutes, ministries, at the State Planning Commission and the State Economic Planning Commission as a technology specialist and although in later years the major thrust of his career shifted to intellectual property issues, he has remained active in the field. He is currently a Fellow at the Russian International Academy of Engineering. Dr. Gao speaks Chinese (native), English and Russian.