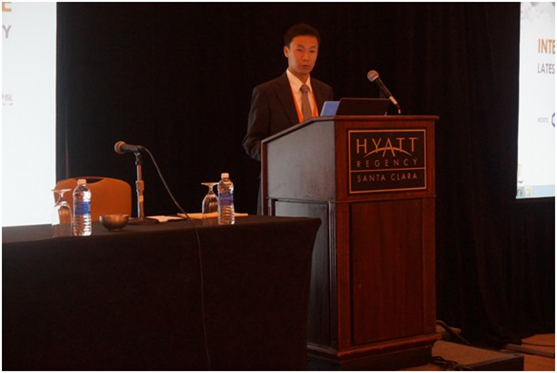 Dr. Xiaodong LI, General Manager of Beijing East IP and Mr. Andrew Schwaab of SVIPLA delivered their opening remarks to welcome all the attendees at the beginning of the Seminar. Both of them express their high expectations to this Seminar, and hope this unprecedented Seminar can push the exchange of U.S. and China IP exchanges to another level. Professor Weixing SHEN, Associate Dean of Tsinghua University School of Law followed with the morning Keynote speech focusing on “Innovation of China & IP Protection.”

Ms. Elaine Wu began her presentation with an introduction to SIPO, and developed into a series of explanations and interpretations of the latest developments and trends of China IP law, including the latest patent application filings from SIPO, the contents and trends of patent law amendment, service invention regulations, patent examination guidance amendment, judicial interpretations of patent infringements, China patent litigation trend, etc.

Mr. Xintian YIN began his presentation with a history of China patent law with a focus on two aspects of the latest patent law amendment: strengthen the enforcement of patent rights so to provide more effective legal protection for patentees, and prepare China to join the Hague Agreement to facilitate Chinese corporations to protect their design patents abroad. Mr. Yin discussed the actual contents of the patent amendment at length, analysis the effect and change to administrative investigation and enforcement between the patent law and the latest amendment. Mr. Yin also discussed the latest service invention regulations in-depth, and provided recommendations based on his experiences.

Professor Guobin CUI presented the enforcement of Standard-Essential patent and FRAND in China. Prof. CUI began with the choice of law when interpreting FRAND terms, where he used the Huawei v. IDC case to discuss the ambiguity in the legal nature of FRAND commitment. Prof. CUI concluded his presentation with a discussion on how to interpret FRAND statement under the China Contract Law.

Mr. Andrew Schwaab provided practical strategies for American patent applicants and corporations who have litigations in China. Mr. Schwaab shared his experiences and discussed how US law firms and corporations can effectively prevail in China courts. During his discussion, Mr. Schwaab also invited Dr. Michel to share how the European counterparts win their lawsuits, effectively, in China. 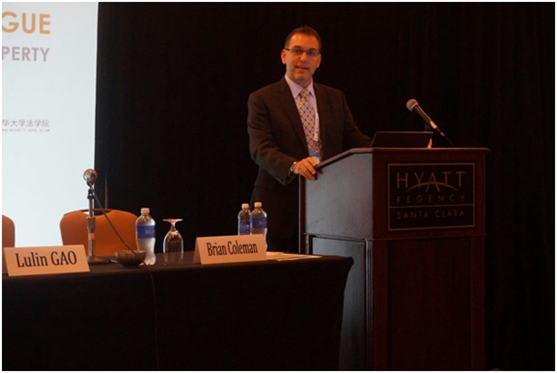 3. Software Patents in China and the U.S.

4. Latest Developments and Recommendations Regarding NPEs

Dr. Wei began by sharing his definitions of NPE (Non-Practicing Entities) from his experiences as a patent attorney in the U.S., and gave a short comments on the advantage and disadvantage of the existence of NPE.

Mr. Michael Warnecke presented “The Latest Developments and Recommendations Regarding NPEs,” and provided a very detailed background introduction of NPE, and followed with the developments of NPE and the U.S. government’s action on NPE. Mr. Warnecke then discussed about the different roles of NPE and their impact to the IP field. He concluded his personal view of the current the future status of NPE in China.

Mr. Kenie Ho presented “The Changing Climate for Patents in the United States.” Mr. Ho questioned the recent trend of strict examination came out of patent case laws and patent law amendments. Mr. Ho then discussed the power delegated to the judges in the new AIA, and the shifting of economic burden to the NPEs with other panelists. Mr. Ho also provided his analysis of the latest U.S. patent appeal’s statistics and their impact to the NPEs.

Mr. Zhongqiang CAO focused his presentation on the 2013 China Trademark Law amendments, and began with a short introduction of China’s trademark law history. Mr. CAO focused on the following three aspects of the amendments: 1) improve trademark registration regulation and facilitate the applicants, 2) maintain market order of fair competition, and 3) strengthen trademark exclusive right’s protection. During his presentation, Mr. CAO provided many detailed analysis and recommendations based on his experiences.

Professor Doris Long presented “The New Chinese Trademark Law: Sharper Tools for Trademark Enforcement?” to share and discuss with the audience the problems that are often faced when enforcing trademark rights in China, including: bootleg products, mistranslation, prior rights problems, enforcement problems in less developed cities due to China’s broad territory, etc. Not only did she pointed out these problems, Prof. Long also provided potential solutions to them.

Mr. Jason Wang used the Duck King trademark case that was selected by the Supreme People’s Court as the 2013 Top 10 Innovative IP Case. This case lasted for more than a decade, exhausted all possible legal procedures prescribed the law. It began with all the four administrative proceedings, i.e. rejection, rejection appeal, opposition, and opposition appeal, then both the two judicial proceedings (i.e. first and second instances), and then the first re-trial proceeding protested by the Supreme People’s Procuratorate and the second re-trial before China Supreme Court against the previous re-trial.Mr. WANG discussed the new standard of “Two Elements” established by the Supreme People’s Court, that is, “the knowledge standard” (knew or should have known) and “riding the goodwill standard” (with intention to free ride or invade other’s goodwill).

Finally, Mr. Bruce Lehman, president and chairman of the IIPI concluded the five panels with his presentation of “Cooperation or Conflict? The Way forward for the U.S. and China.” Mr. Lehman pointed out that U.S. and China are the two countries that holds the most patents in the world, therefore, the IP service industries in these two countries should cooperate in a great degree in order to assist the world’s IP development.

Beijing East IP hosted a cocktail reception after the conclusion of this one-day seminar for the panelists and the attendees. The atmosphere were very friendly, many attendees continued the discussion that they did not finish during the day, and exchange their views with the panelists or other attendees, which further elaborated the communication purpose of this seminar. Thereafter, the Gao Lulin Foundation hosted a banquet dinner to host all the panelists. Dr. GAO gave a special appreciation remarks to the panelists who were invited to this seminar. Dr. Gao concluded his remarks with the recognition of the this seminar’s purpose in improving the cooperation between the U.S. and China’s IP professionals. 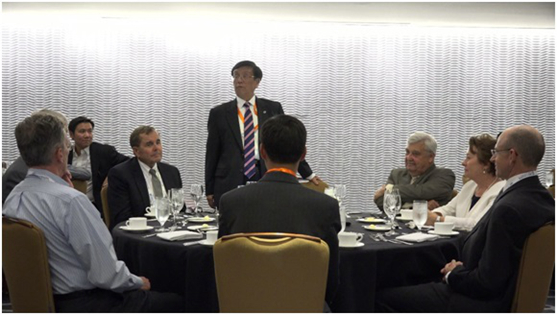 China’s rising economy puts intellectual property on the forefront of every major countries’ most concerned issues. Therefore, the communication scope, style, and representative-institutions between U.S. and China, two of the world’s most productive countries, seemed rather important. U.S. and China should consistently raise their trust in each other, minimize the difference between, increase the degree of cooperation. For this very idea, the Gao Lulin Foundation, SVIPLA, Beijing East IP, and Tsinghua University School of Law united to present the “2014 U.S. and China Intellectual Property Dialogue” Seminar, with the goal to provide a platform to strengthen the communication between the IP agencies between the U.S. and China, and create new energy into intellectual property practitioners in the many U.S. and China industries.