Can a Markush Claim be Split?

On December 20, 2017, in the Patent Reexamination Board of SIPO (PRB) v. Beijing Winsunny Harmony Science & Technology Co., Ltd. ((2016)最高法行再41号), the Supreme Court held that a Markush claim, when drawn to a class of chemical compounds, should be interpreted as a set of Markush elements rather than a set of independent specific compounds. The present case is a petition for retrial filed by the PRB, requesting the Supreme Court to review the second-instance decision made by the Beijing High People’s Court (“High Court”). In reversing the PRB’s decision in the invalidation proceedings instituted by Beijing Winsunny Harmony Science & Technology Co., Ltd. (“Winsunny”), the High Court recognized a Markush claim as claiming a set of parallel technical solutions.

The highly diverse views of the PRB and the High Court reflect the fact that how to interpret a Markush claim has actually been a haunting and confusing enigma to the patent community in China for a long time. Arguably the Supreme Court’s interpretation of a Markush claim may bring an end to the divergence, but on the other hand cast a huge cloud over the freedom to amend a Markush claim during the prosecution and post-grant invalidation proceedings.

The patent at issue is CN Patent No. 97126347.7 (hereinafter referred to as ’477 patent) entitled Method for Preparing a Pharmaceutical Composition for the Treatment or Prevention of Hypertension and issued to Daiichi Sankyo Company Limited (“Daiichi Sankyo”) on September 24, 2003. 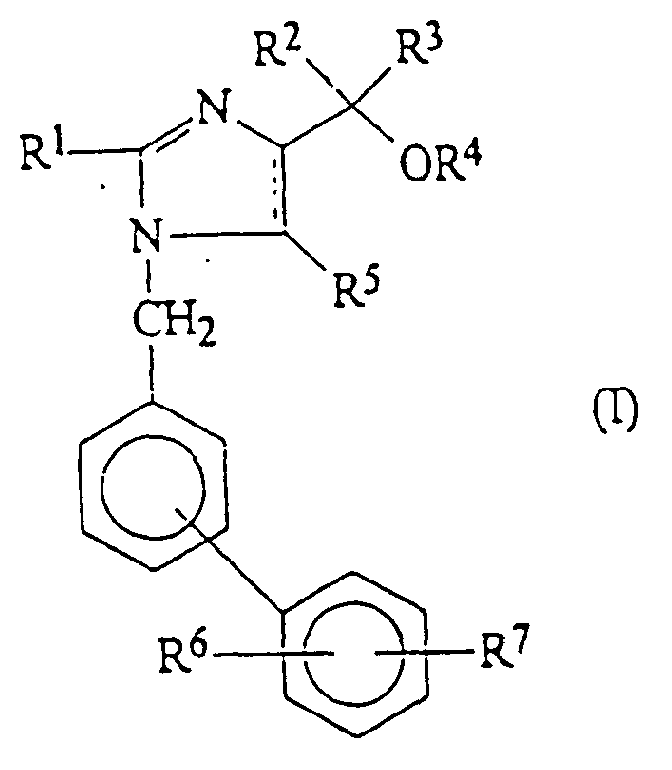 It is clear that the claim at issue is a Markush-type one, relating to a Markush compound of formula (I).

On April 23, 2010, Winsunny filed with the PRB a request for invalidation against the ’477 patent on the grounds of lack of inventiveness, failure to meet the requirement of support-by-the-description, and lack of clarity.

In response to the request for invalidation, Daiichi Sankyo amended the claim by (1) deleting “or ester” from the expression “or a pharmaceutically acceptable salt or ester thereof” in order to overcome the failure to meet the requirement of support-by-the-description and lack of clarity; and (2) deleting some alternatives from the list for R4 and R5 in the hope of establishing inventiveness over the prior art.

Then the PRB held an oral hearing, during which the PRB examined the amendments to the claim presented by Daiichi Sankyo for admissibility. The PRB found that the deletion of “or ester” was acceptable, while the deletion of the alternatives for R4 and R5 was inadmissible for failure to fall within the several acceptable manners of amending claims in the invalidation proceedings. Both Daiichi Sankyo and Winsunny agreed with the PRB, and Daiichi Sankyo resubmitted the amended claim according to the PRB’s finding after the oral hearing. On the basis of the resubmitted amendment to the claim, the PRB decided that the patent at issue is valid.

Winsunny proceeded to appeal to the High Court. The High Court reversed the invalidation decision and the Intermediate Court’s ruling, dissenting from the PRB’s interpretation of a Markush claim. The High Court held that a Markush claim is a special claiming format that comprises multiple variables in a single claim, each variable being defined by a list of parallel options. In particular, a Markush compound shall be regarded as a set of chemical compounds in parallel, each representing one independent technical solution. Now that a Markush claim is just a special format for claiming a set of “parallel” technical solutions, deletion of some Markush elements corresponds to deletion of some technical solutions, which shall be allowable during the prosecution and invalidation proceedings. Amending a Markush structure by deleting Markush elements is bounded just by the limit that it shall not be reduced to some specific compound that are not explicitly disclosed in the description.

The Supreme Court agreed with the PRB, and overturned the High Court’s judgment on how to interpret a Markush claim. The Supreme Court articulated that a Markush claim should be read as a monolithic claim that defines a plurality of parallel options in a single variable, but not a set of parallel technical solutions; allowing a patentee to arbitrarily delete any Markush element from any variable must bring about uncertainty to the patent scope of a Markush claim, which is detrimental to public interest.

The Supreme Court’s decision may have given a clear answer to the question about how to interpret a Markush claim: a monolithic technical solution featuring a plurality of parallel options pursued by one or more variables, or a set of parallel technical solutions that can be split off one by one for each of the parallel options. Although these two different interpretations of a Markush claim may actually result in substantially the same claim breadth, however, they will lead to rather different situations with respect to admissibility of amendment to the claim.

SIPO has been well known for its very strict standards on admissibility of amendments to the claims and description of a patent application during the prosecution and invalidation proceedings. As provided in the Patent Law, the amendment may not go beyond the scope of disclosure contained in the initial description and claims. In practice, SIPO narrowly interprets the “scope of disclosure contained in the initial description and claims” as those matters that are “directly and unambiguously” derivable from the initial description and claims. In most cases, examiners at SIPO even equate the “directly and unambiguously derivable” matters with those “literally disclosed”. For example, such an amendment as narrowing a claim by replacing a “genus” feature with a “subgenus” will be unacceptable if the narrowed claim with the “subgenus” feature cannot be directly and unambiguously derived from the application as filed by one skilled in the art, even though sufficient “species” have been disclosed in the original application in terms of the requirement of support-by-the description on the “subgenus” newly introduced. With even stricter restrictions applied, the admissible amendments in the invalidation proceedings include only i) deletion of a claim; ii) deletion of a technical solution; iii) addition of one or more technical features of other claims into a claim to further define the claim; and iv) correction of obvious errors.

Markush claims have always been thought of as a powerful device for claiming a broad scope especially for chemical compound-related inventions while avoiding prior art. One can expect that, however, the Supreme Court’s current decision on inadmissibility of amendments to a Markush claim by deleting some Markush elements to avoid the prior art must render it starkly vulnerable to the patentability challenge by examiners during the prosecution and by petitioners through the invalidation proceedings. The High Court even warned that Markus claims would become meaningless if deletion of Markush elements was inadmissible to avoid the prior art.

From now on, patent owners, who intend to assert Markush claims, have to cautiously evaluate the tenability of the claims in view of the possible difficult situation that one of Markush elements would be found a “black sheep”, but nothing could be done with it.

Also as a claim drafter, you shall carefully think about the layout of claims at the beginning of drawing a Markush claim. For example, you may provide sufficient dependent claims from an independent Markush claim as backups for the possible amendments, putting away the illusion that a Markush independent claim per se had already covered hundreds or even thousands of separable and arbitrarily removable technical solutions.