HOW TO CLAIM PRIORITY WHEN FILING DESIGN PATENT APPLICATION IN CHINA

Foreign applicants are very interested in how to claim priority when they want to file a Chinese design application. We will introduce some relevant issues about foreign priority.

In paragraph 1 of Article 29 of China Patent Law, “Where, within six months from the date on which any applicant first filed in a foreign country an application for a patent for design, he or it files in China an application for a patent for the same subject matter, he or it may, in accordance with any agreement concluded between the said foreign country and China, or in accordance with any international treaty to which both country are party, or on the basis of the principle of mutual recognition of the right of priority, enjoy a right of priority.”

As depicted above, there are three aspects should be known as follow.

1. Requirements of prior foreign application

According to our practical experience, when filing Design patent application in China, Utility Model or Design can serve as the prior application of the priority. But several types of application such as US provisional application cannot be the basis of claiming design application’s priority in China. 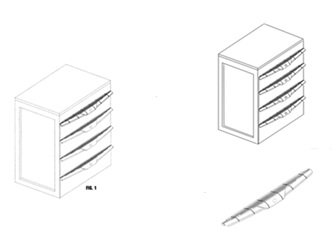 3. How to do when the priority is invalid